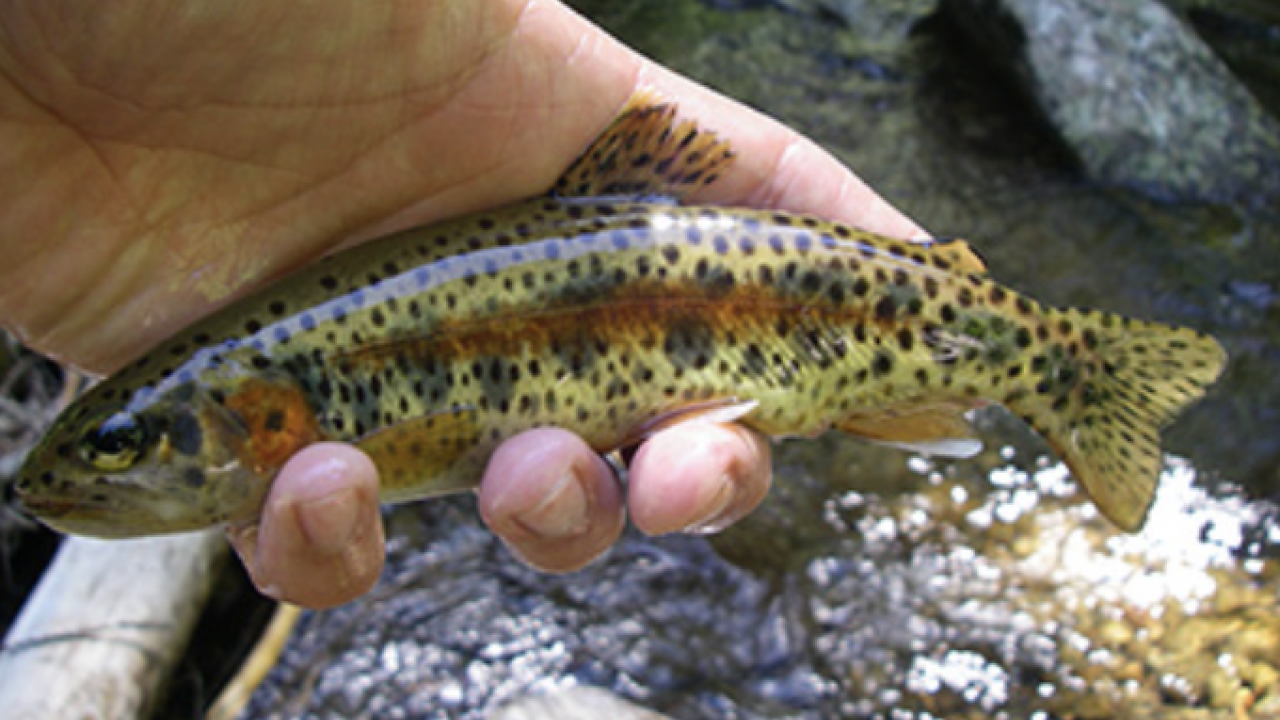 During the drought of 2015-2016, California Department of Fish and Wildlife (CDFW) conducted a fish rescue to remove fish from one of the four known pure populations of MRRT, Sheepheaven Creek, which was drying out. The rescued fish were used to found a conservation hatchery which will release brood stock into local waters for both conservation of MRRT and the promotion of a recreational fishery. While potentially a beneficial conservation strategy, stocking from a hatchery that cultures both RBT and MRRT introduces risk of introgression that requires genetic monitoring.

This project is using RAD sequencing data to develop genetic tools (SNP markers) to monitor native, reintroduced, and stocked MRRT populations. We have identified SNP markers designed for high throughput genetic analyses of introgression between pure MRRT and RBT and for monitoring overall population genetic diversity. These markers will allow managers to identify and adapt to changing patterns of introgression and genetic diversity, and to make informed decision for conservation prioritization.

Figure 1. A map of the northern populations sample for this project, including redband trout and MRRT. Additional locations were sampled but are outside the range of this map. 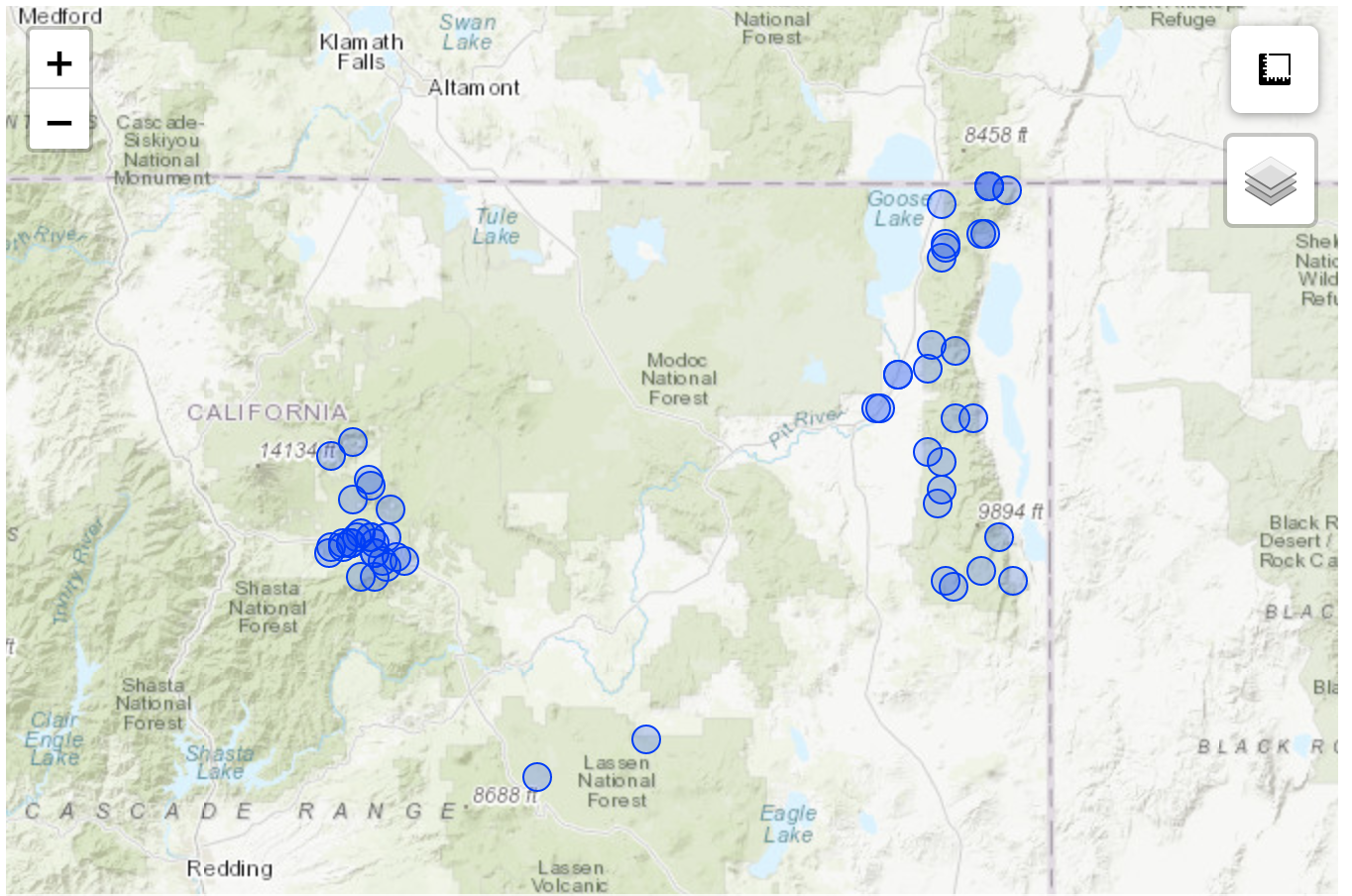 Table 1. Source of the redband and MRRT samples that were used, along with sample year and watershed. Locations are depicted in the map above (Figure 1). Additional samples were included but are not listed on this table. 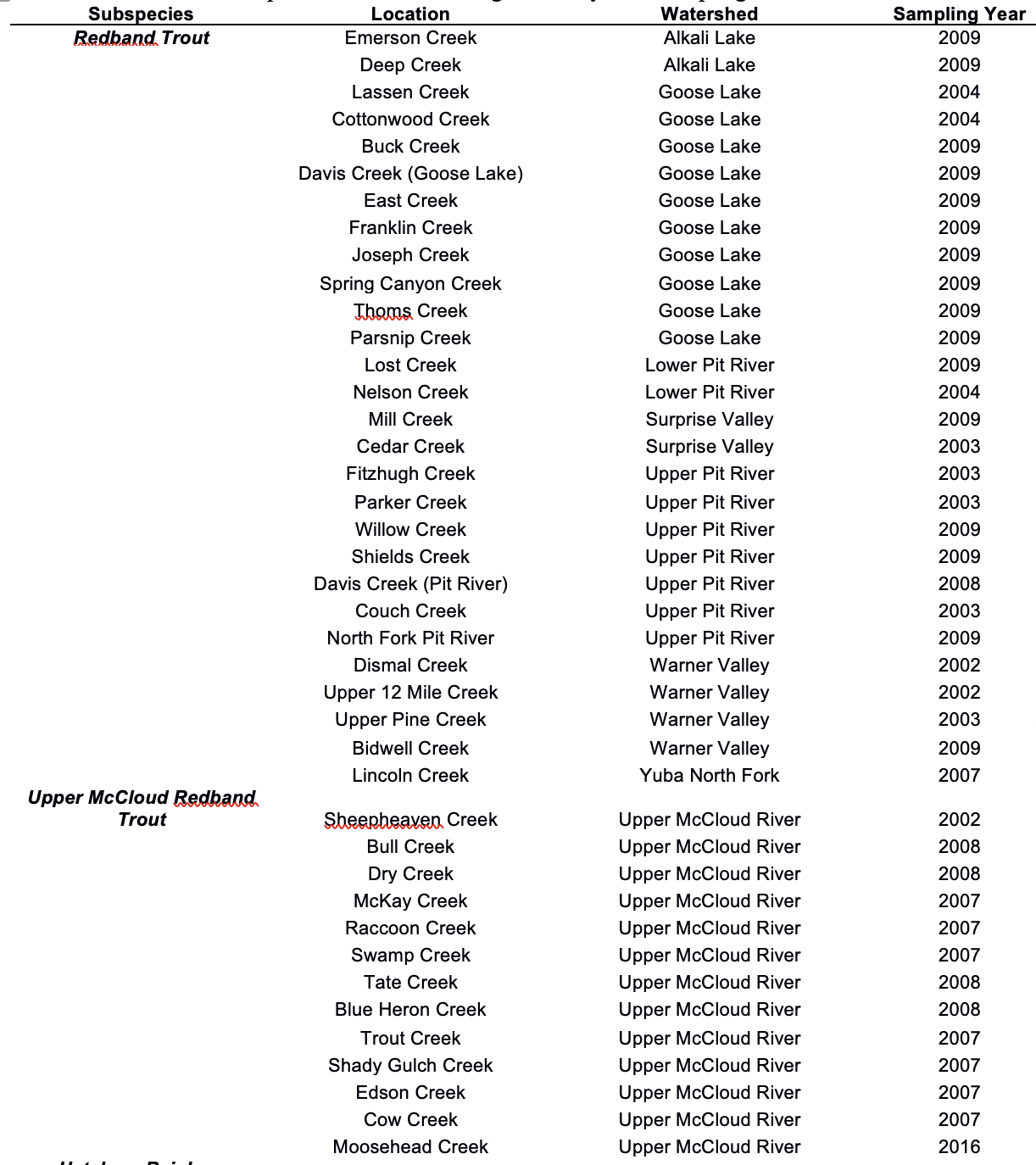 Figure 3. A PCA plot created with NGSAdmix depicting the populations from the Upper McCloud basin. This plot shows some structuring, with the pure populations of Swamp, Edson, Sheepheaven, and Dry each showing some substructure. 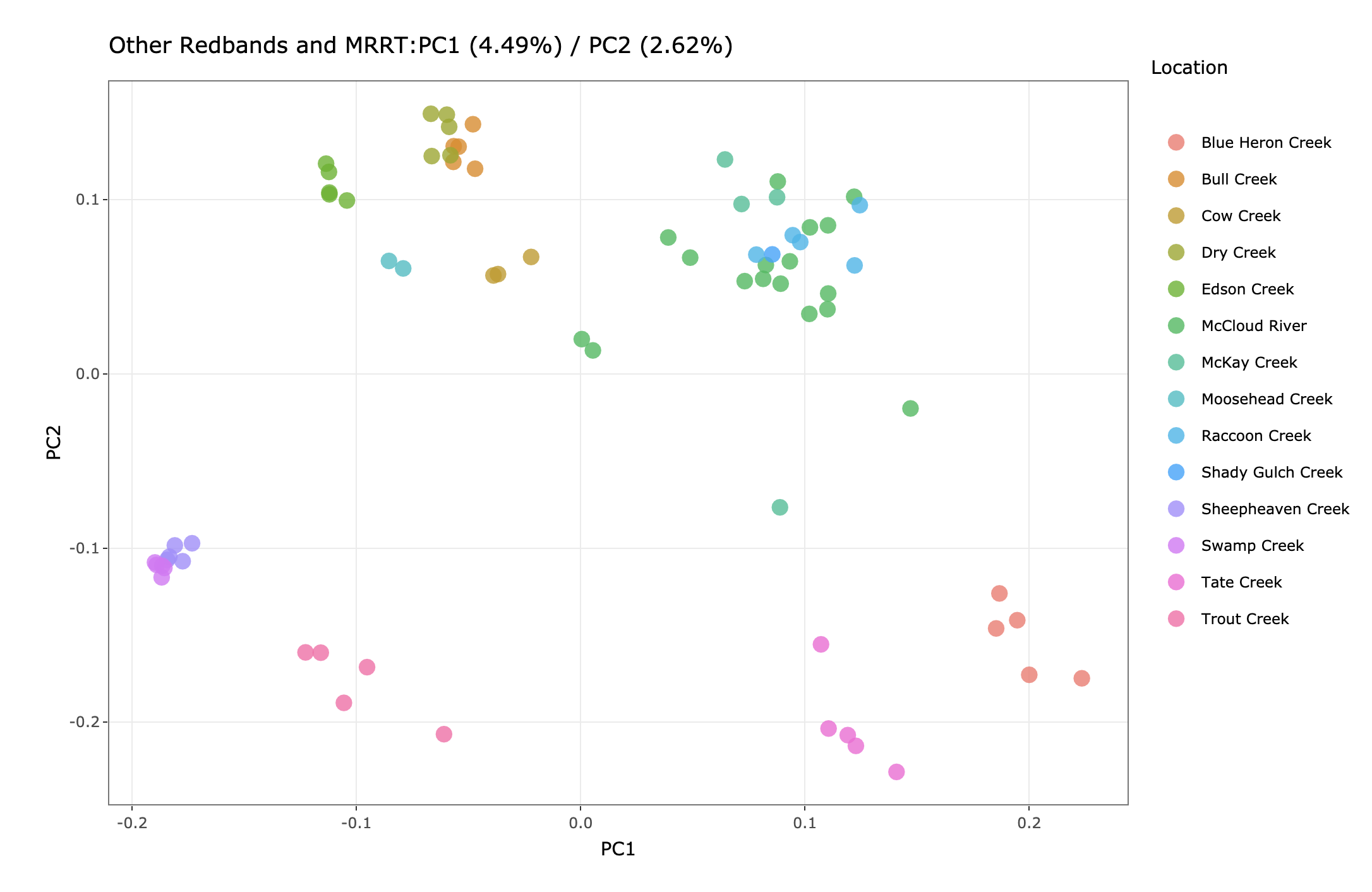