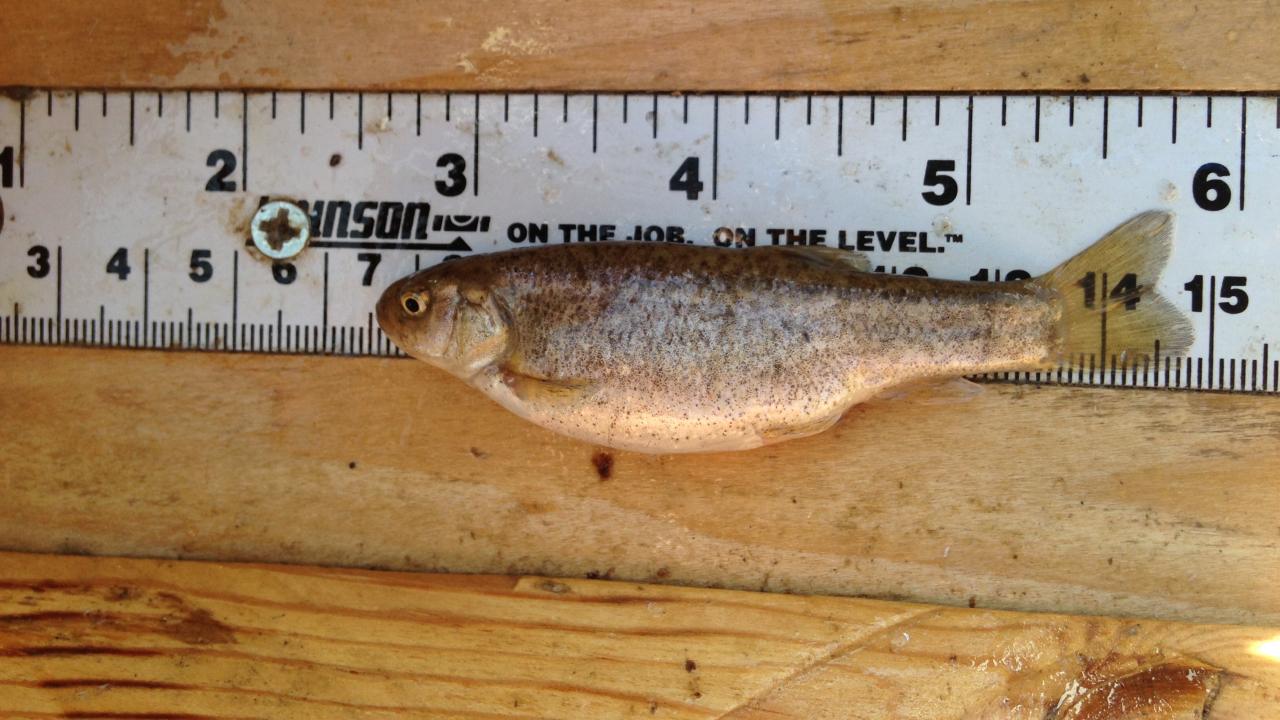 The Relict Dace (Relictus solitarius) is a state sensitive species in Nevada that is endemic to four valleys in the northeastern portion of the state (Goshute, Steptoe, Ruby, and Butte Valleys), and introduced into a fifth (Spring Valley).

The publication of Houston et al. (2012), which examined genetic structure and diversity in Relict Dace, prompted a petition to list a population of Relict Dace located at the Johnson Spring Wetland Complex (JSWC) in Goshute Valley. The reasoning for the petition was that Houston et al. (2012) determined that the single sampled location in JSWC, Big Springs, was genetically distinct from the other Relict Dace populations throughout the range. The U.S. Fish and Wildlife Service (FWS) responded by saying that the listing may be warranted pending a 12-month review, which is currently underway. FWS must determine whether or not Relict Dace in JSWC qualify as a distinct population segment (DPS) under the Endangered Species Act (ESA).

In response to the petition the GVL was contracted by FWS, Nevada Department of Wildlife (NDOW), and Newmont Mining Corporation to update and expand results from 2012 with extensive surveying and more powerful markers to further elucidate the fine scale structure of Relict Dace throughout their range. The aim is to determine population connectivity and uniqueness.

NDOW biologists collected a number of relict dace from throughout the 5 valleys known to contain Relict Dace Figure 1). We conducted RAD sequencing on these samples, aligning individuals to a de novo alignment. Subsequent analyses included PCA plotting, admixture plotting, and calculation of additional metrics designed to examine structure and diversity. Below is a selection of figures from the report to the NDOW. 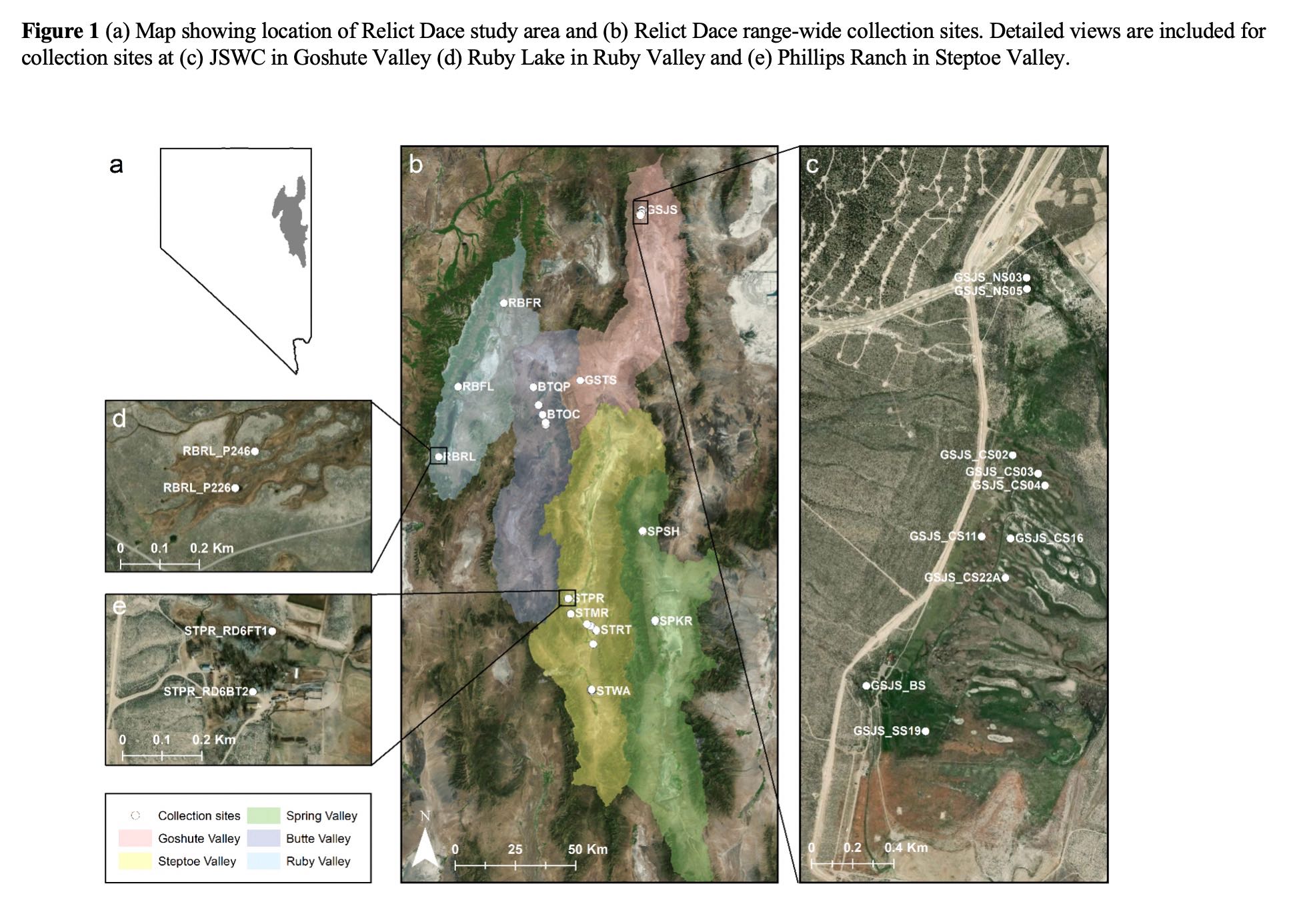 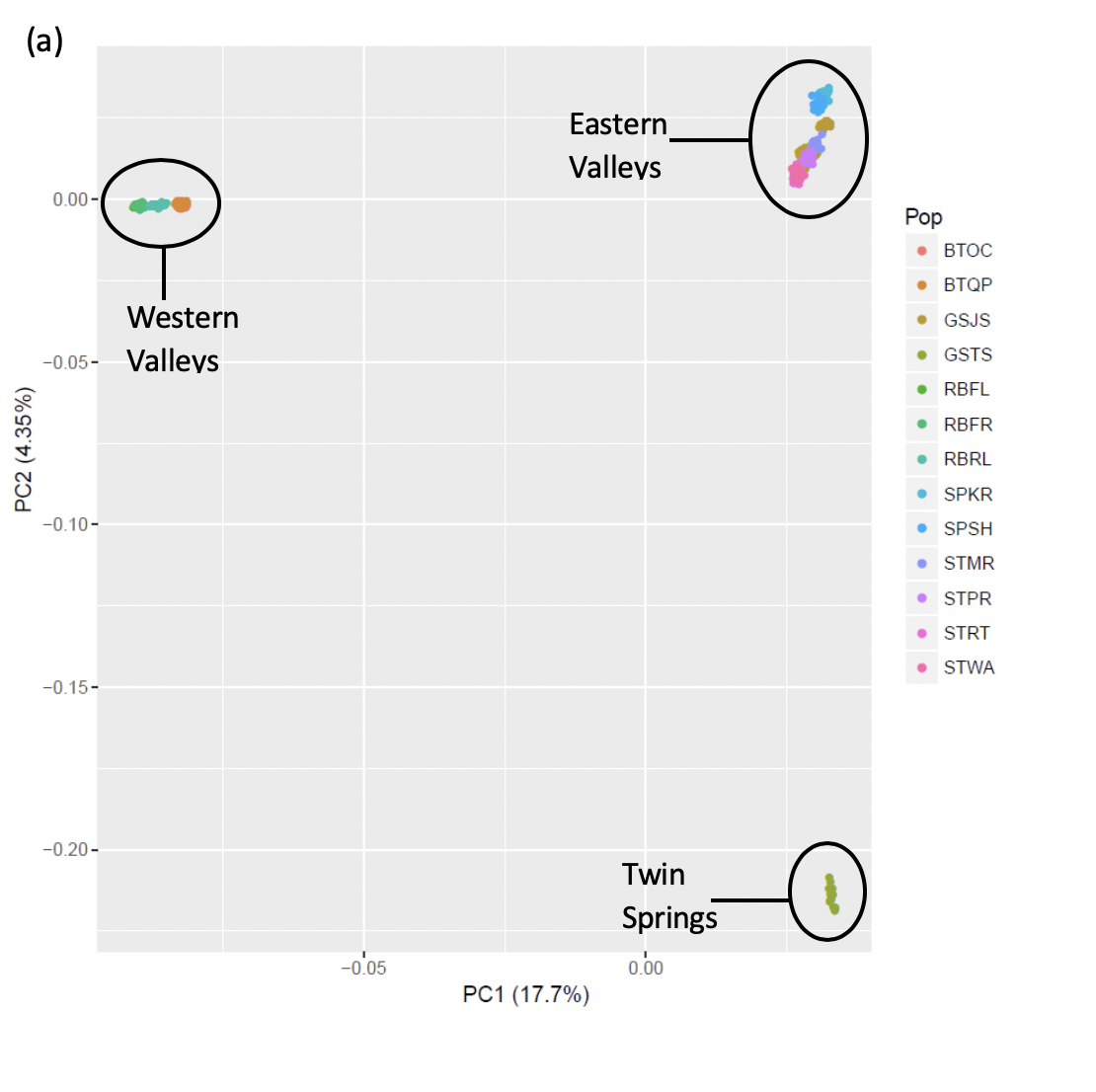 PCA (a) and admixture plots for K=2 and 3 (b) of all Relict Dace based on 84,590 variable sites. The sites from Johnson Springs (GSJS), Ruby Lake (RBRL) and Phillips Ranch (STPR) have been combined in (a) for simplicity of plotting. For (b) each color represents a cluster and each vertical bar represents an individual fish. The height of a color in each bar corresponds to the portion of that individual’s genome assigned to a particular cluster. The greatest split was between the Eastern and Western Valleys. 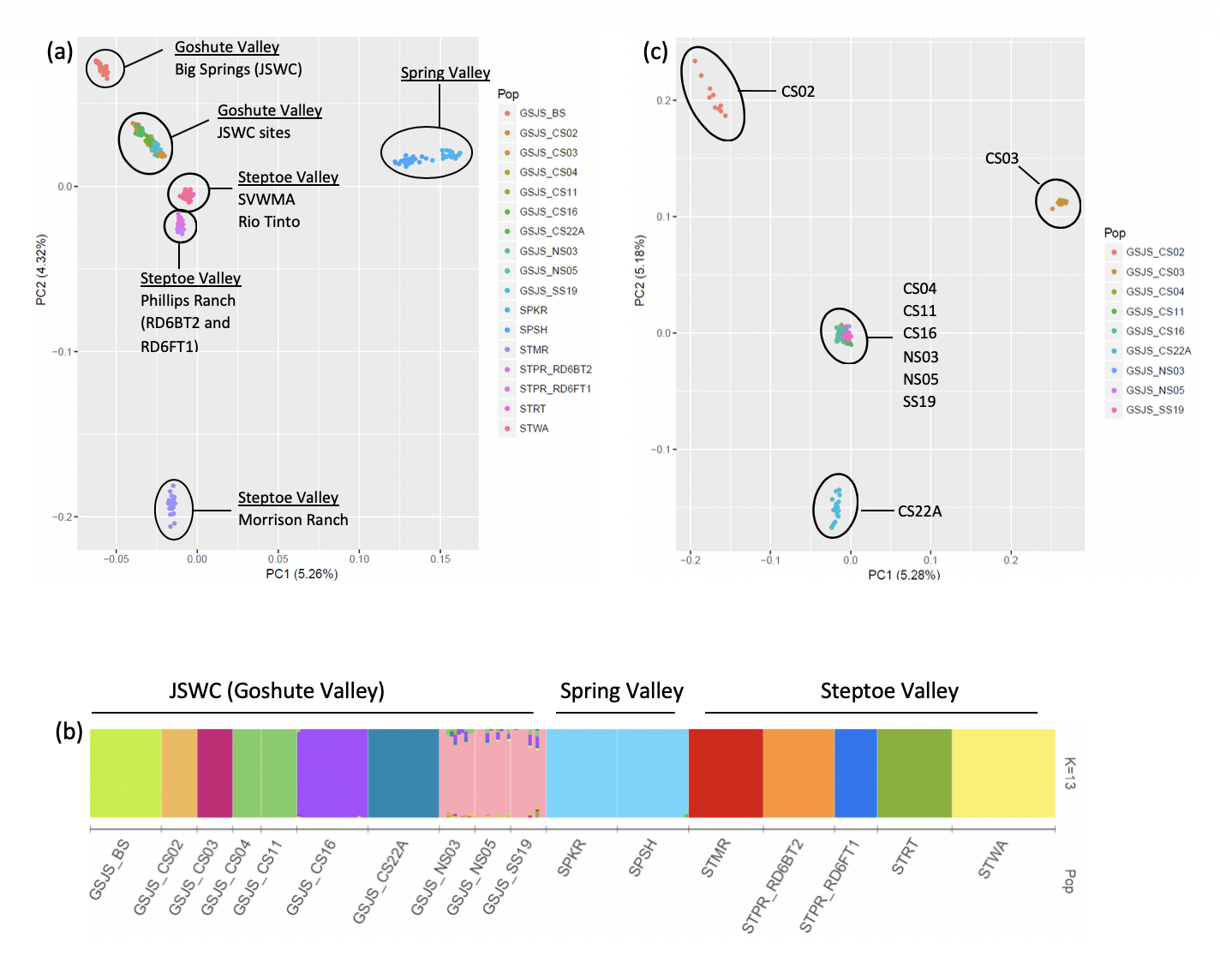 PCA (a) and admixture plot for K=13 (b) of Relict Dace from the Goshute Valley (JSWC only), Steptoe Valley, and Spring Valley based on 87,584 variable sites. To further investigate substructure within JSWC, we performed PC analysis (c) of Relict Dace from the JSWC cluster observed in (a). These figures underscore the high levels of structure over a small geographic area.

Our results strongly suggest that isolation over time has played a significant role in the current structure and diversity of Relict Dace. This pattern within the valleys is similar to other aquatic species that were isolated and infrequently connected throughout the Great Basin after the Pleistocene lakes receded, such as minnows (Tibbets and Dowling 1996) and Speckled Dace (Billman et al. 2010). While there is a species-wide abundance of variation across the range of Relict Dace, it is spread out amongst a multitude of differentiated populations (77% of the diversity is partitioned within individual populations). Accordingly, the loss of any particular population (such as Big Springs) or group of closely related populations would results in the loss of that unique evolutionary lineage.  Within Goshute Valley (JSWC) in particular, there are higher levels of overall diversity, underscoring the importance of the valley for supporting habitats with both high ecological and genetic diversity.

We are adding a phylogenetic tree to our analyses, and will then submit the manusceript for publication. FWS is currently reviewing the status of the Relict Dace to determine if JSWC warrants listing as a DPS under the ESA.